CEO, Jerry Beukes said ‘the pilot project remains manageable and feasible, despite it having exceeded its initial target of 10 employers and 50 apprentices, and now stands at 22 employers and 300 apprentices’.

The project is being implemented with local employers, training institutions and other partners, such as the Namibian Employers Federation (NEF). On his part, NEF Seceretary General, Tim Parkhouse said the project was a ‘small but vital step in addressing the unemployment crisis in Namibia, and the devastating effects it has on the youth’. 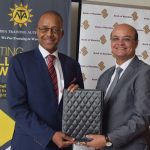 Next:
BON and NTA Sign MOU to Support Apprenticeship Programme